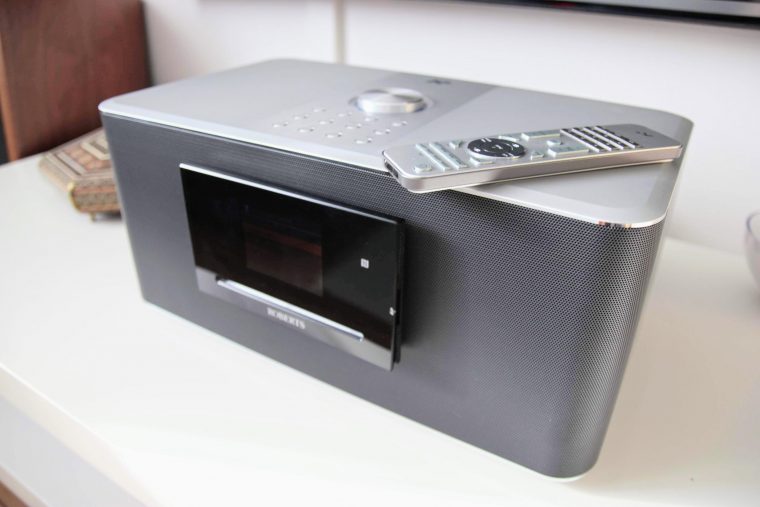 Roberts, whose specialty designing FM and DAB Internet radios, has already dabbled with Bluetooth portable speakers. With the release of the R-Line series and Roberts S300 speaker, Roberts reinforces its presence in the world of multiroom speakers, which the brand had already entered with the release of the Roberts R1 and Roberts R100 (reviewed in our pages). Truth be told, the Roberts S300 is more of a compact stereo system with a CD player than a straight up radio. Most notably because of its large size -comparable to a large AV receiver (42 cm wide and 20 cm high), but also because of its wide range of sources (CD, SD, USB, radio antenna). Overall, the Roberts S300 is a very versatile product.

As the saying goes, “if it ain’t broke don’t fix it,” which is why Roberts went with a tried and tested method for the design of the S300: using multiple drivers loaded in a substantial amount of air to ensure a generous and authoritative sound delivery. The S300 is a stereo model featuring two tweeters and as many midbass drivers. Rather than favoring bass-reflex technology, Roberts used a closed enclosure and passive radiators. As a reminder, this method consists in replicating the effects of a substantial amount of air, which may be used to ensure an extended bass response or to increase the efficiency of the speaker in the lows. Let it be said that, on paper, the Roberts S300 loudspeaker advertises an abundance of bass.

The Roberts S300 mini stereo system features a CD player for listening to audio CDs, a USB port for MP3 and WMA files, a SD card slot (exclusively for MP3 and WMA files as well), a telescopic antenna for FM and DAB+ radios, and a network controller (Ethernet and WiFi) for listening to audio files (over a DLNA server), Spotify, and Internet radios. The S300 is also fitted with a Bluetooth receiver and benefits from NFC pairing technology.

Although the Roberts S300 comes with an aluminum remote control and features a plethora of buttons on its top panel, it can also be controlled via the UNDOK app for smartphone and tablet. UNDOK handles streaming to multiple Roberts multiroom speakers and allows you to stream the sources connected to the S300 (CD, FM radio, …) via one or multiple other Roberts S300 speakers.

We installed the UNDOK app on a smartphone running Android. The app lets you access the files stored on your smartphone or on a DLNA server. You can also connect to Spotify, DAB and FM tuners, control the CD player, AUX input, USB and SD ports, and control the Bluetooth receiver. The speaker may be entirely controlled using only the app and the app’s advanced settings allow you to adjust the EQ and bass level. We appreciated all of these functions, but we do have to mention that if you have subscribed to Deezer, Qobuz, Tidal, Apple Music, and Google Play Music, you will only be able to listen to your music on the Roberts S300 via Bluetooth connection. Another drawback to this speaker was that while FLAC and ALAC files are handled, their resolution is limited to 16-bits /44.1 kHz. No HD playback then.

The process for connecting the Roberts S300 to the local network is extremely classic, almost “old-school.” We tried to connect the speaker to the WiFi network at first and quickly came to realize that the UNDOK app was of no help in this process. It is thus necessary to use the speaker’s LCD screen to select a WiFi access point. After selecting the WiFi access point, the password may be entered using the remote control or the speaker’s LCD screen. Once the speaker connected to the WiFi network, we mostly used the UNDOK app instead of the remote control. Simply because the app is a lot faster and more user-friendly and the screen of a smartphone is far more pleasant than that of the speaker.

We listened to a few audio CDs, FM radio (no DAB radio is currently available in our area), and FLAC files stored on our smartphone and on a Emby DLNA server. The tonal balance has some serious clout with generous bass. However, it is slightly colored and it drags a bit, which has a tendency to color voices (particularly with radio programs). The highs are clear and precise and the mids are slightly projected at high volume. The speaker is reactive and responds quickly to the app.

Naim mu-so QB: refined sound, elegant design, dedicated app, AirPlay compatibility… Naim has the upper hand. Same verdict when comparing the S300 to the Naim mu-so, although it lacks a CD player, which we can (should?) do without.

Dynaudio Music 5: 3-way system, refined sound (Dynaudio drivers), dynamic adaptation to background noise and to the listening room… Dynaudio wins this round. No FM/DAB tuner, but Internet radios offer the same level of quality, if not better.

In a time where most speakers can be controlled via vocal commands, compact speakers are capable of delivering an impressive sound, and USB flash drives are slowly becoming a thing of the past, the Robert S300 is definitely a surprise. This high-quality speaker was meticulously designed and will mostly please those of you who are nostalgic of bulky CD boomboxes. The S300 doesn’t “wow” its audience but it does what it was designed to do. Note that the competition is tough and is spearheaded by some majors players in the HiFi game. 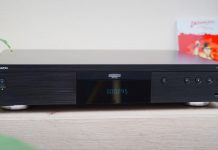 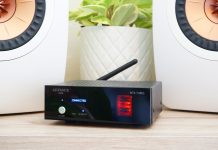 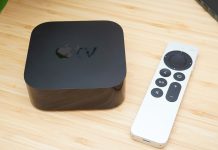