Dolby Digital Plus (or E-AC3) is a multichannel audio format developed by Dolby for broadcasting and streaming apps. Widely implemented by DTV channels, as well as by Netflix and Amazon Prime Video, this format is handled by only the latest generation of A/V receivers and soundbars (Samsung HW-K950, Yamaha MusicCast YSP-2700).

In the absence of a compatible receiver, the soundtrack is converted to stereo format by the TV or video source. All the benefits of multichannel sound disappear, as does the Dolby Atmos metadata incorporated into the film or TV series in question.

What are the benefits of Dolby Digital Plus?

Twenty years after the famous Dolby Digital (or AC3) multichannel sound format was launched, Dolby worked to develop an enhanced compression technique in order to offer superior restitution while reducing the amount of data required.

The highly sophisticated compression technology implemented by DD+ makes it possible to obtain near-CD quality sound and a bitrate of 128Kbit/sec. As a result, a program may be proposed in several languages simultaneously.

Even better, Netflix uses the DD+ audio format to offer 5.1 or 7.1 soundtracks with embedded Dolby Atmos metadata. With a compatible A/V receiver, an unprecedented audio experience is guaranteed. Even for installations without speakers to diffuse sound toward or from the ceiling, Dolby Atmos offers a very realistic 5.1 surround sound experience.

Is Dolby Digital Plus not backward compatible?

The simple explanation for this is that the Dolby TrueHD bitstream contains a Dolby Digital core (transmitted at a speed of 640Kbps), which has been “augmented” with audio data compressed using a lossless codec (up to 18Mbps total). As such, all Blu-ray players and TVs connected to an older A/V receiver only transmit this AC3 core (640Kbps) to the Dolby Digital decoder.

This on-the-fly extraction is quite simple in practice: the optical player or TV detects the receiver’s audio decoding abilities via its HDMI controller. If the receiver doesn’t provide a list containing Dolby TrueHD, then the source transmits the Dolby Digital core.

With Dolby Digital Plus, it would be possible to take the same approach, and yet this isn’t always the case. Sometimes, the Dolby Digital Plus soundtrack contains a Dolby Digital core. However, as compression rates rise and Dolby Atmos metadata is added, this is becoming less common. If Dolby Atmos metadata is present, your older Dolby Digital receiver will not recognize any of the data and will tell you it is not compatible. The TV will then downmix the DD+ soundtrack to obtain a PCM stereo soundtrack, and the original, 5- or 7-channel mix will be lost. Best case scenario, the TV will generate a PCM soundtrack for 5.1 channels, but the possibility of activating the receiver’s Night Mode (dynamic compression) unique to Dolby audio decoders is lost.

Another solution is to connect a Dolby Digital+ compatible television to an older A/V receiver using a S/PDIF optical cable. In this configuration, the television’s DD+ decoder transfers the soundtrack in Dolby Digital (AC3) format via the optical fiber, after which it can be decoded by the receiver.

How can I enjoy Dolby Digital Plus?

Netflix has stated that Dolby Atmos soundtracks (Dolby Digital Plus Atmos) are available with an Ultra HD subscription, and that its apps for LG OLED televisions (2017 and newer), Panasonic TVs (2019 and newer), and Sony BRAVIA Android TVs (2018 and newer), as well as Windows 10 and Xbox One game consoles (S and X) are all compatible.

An HDMI connection is required to enjoy DD+, and the optical out/in of your TV and receiver cannot be used. Make sure that the HDMI ARC input is selected in the TV’s menu. Once this input selected, adjust the display’s audio output so that the audio signal is transmitted without any alteration (passthrough, bitstream, or AUTO mode depending on the model). 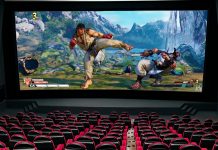 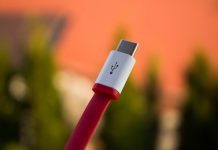 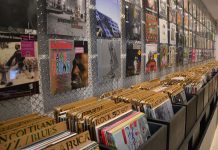